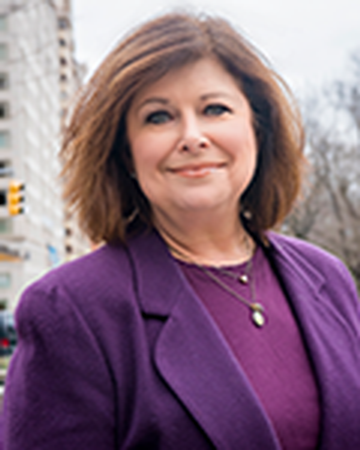 Laurie Kay Gross brings her warm, enthusiastic, artistic attitude to real estate sales at BOND New York. As an Upper East Side resident for over 30 years, Laurie raised her family in Manhattan, and she enjoys sharing her knowledge of the special qualities each neighborhood has to offer. She loves to help people find the happiness derived from finding a dream home or selling their current one so they can move on to new adventures.

After studying interior design, and then fine art at New York University, Laurie jumped into the advertising field and quickly worked her way up to Producer in commercials. Later on she joined the Directors Guild of America and continued as a freelance Producer / Assistant Director for many years, working with celebrities such as John Goodman, Lynn Redgrave, Jacqueline Smith, Randy Quaid and Susan Lucci. Laurie had the most “fun under tight deadlines” while working the set of the Saturday Night Live commercial parodies with Will Ferrell, Molly Shannon, Cheri Oteri and Tracy Morgan. She continued into series television as Line Producer, Production Manager or Executive in Charge of Production for lifestyle shows such as "Martha Stewart Living,” “Fashion Week,” "All Year Round with Katie Brown,” "B. Smith Style" and “New Morning.”

Laurie’s quirky sense of humor and professional work ethic make her a favorite go-to person. She has an eye for design that helps customers realize the full potential of a property. Her aptitude for expert negotiating was developed over many years through her experience in television production management. As a true people-person, those who have met her often establish a long term relationship.

In her spare time Laurie enjoys photography, cooking, gardening and reading at her home in the Berkshires. She also keeps in touch with her love of film by attending studio previews and screenings at the Directors Guild of America. Laurie stays grounded by playing with the family dog, taking long country walks and shooting images of architecture and nature.

Love Where You Live